When defining a Package, you should consider all the following points.

By default, only metadata configuration is included when exporting a Package using the Create Package button. This means that when the Package is deployed, it will not contain any information such as sample data, settings, assumptions, etc. To deploy data with the Package, you must add the relevant tables to the Package data list. This makes it much quicker for a customer to get started using your Package.

If you need to run a Data Flow after a Package has been deployed to do some initialization or any other type of work, specify the Data Flow you want to run as the Post Deployment Action. The Data Flow will run as the last step of the deployment process.

When creating Package Properties, it is important to use a naming scheme which makes the property unique. For example, if you want a property named “StartDate”, and your Package is called “Hypotesia”, you should name your property “Hypotesia.StartDate”. 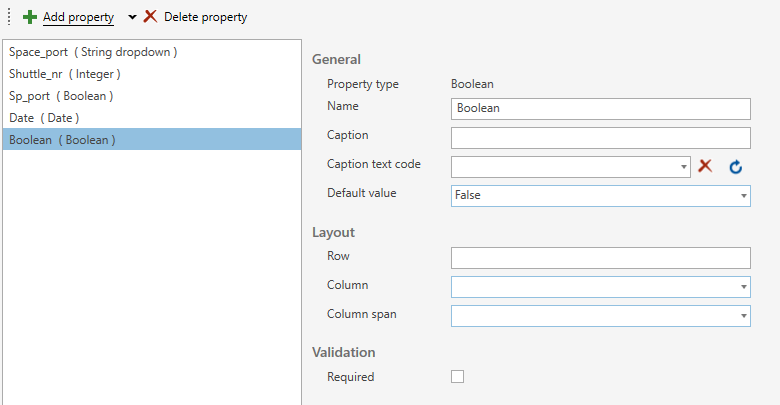 If a Package is dependent upon another Package, you need add the dependency to the “Package Dependencies” list. By defining dependencies, the system will automatically install or update dependencies when the Package itself is installed or updated to new versions.

To fix this issue, you must provide a set of SQL scripts which acts as adapters between old and newer versions of a Package.

To use this feature, do the following:

The following applies for the scripts: